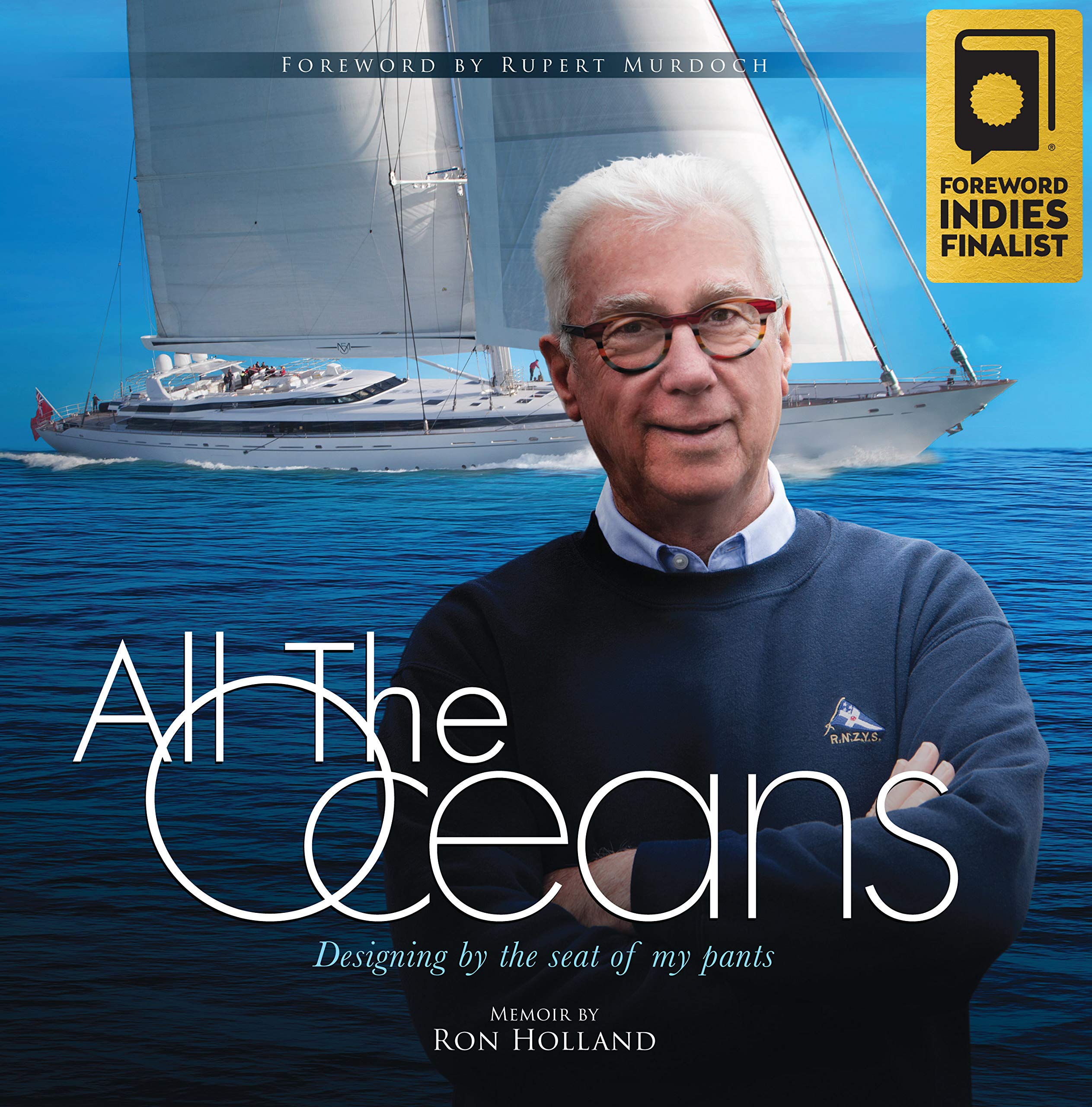 All the Oceans, the Vancouver yacht designer’s memoir, took Silver in the Travel category at the Foreward Indie Awards announced on Friday. Please be sure to have on hand, especially as we enter the summer!

Over 2,000 entries were submitted in 56 categories, with Foreword’s editors choosing approximately ten finalists per genre. Individual librarians and booksellers were charged with picking the Gold, Silver, and Bronze winners.

Ron Holland’s memoir follows the trajectory of a small-town lad with a keen sense of adventure over all the oceans to an undiscovered world of SuperYacht design. “Just say yes!” Ron never let the fact it had not been done before get in his way. He started out racing small dinghies and went on to win races at an international level, sailing his own designs. The autobiographical story of how his combination of talent and zest for adventure attracted fascinating clients who shared his same fearlessness when charting unknown territory make this a compelling saga and an engaging tale of success in a new frontier.