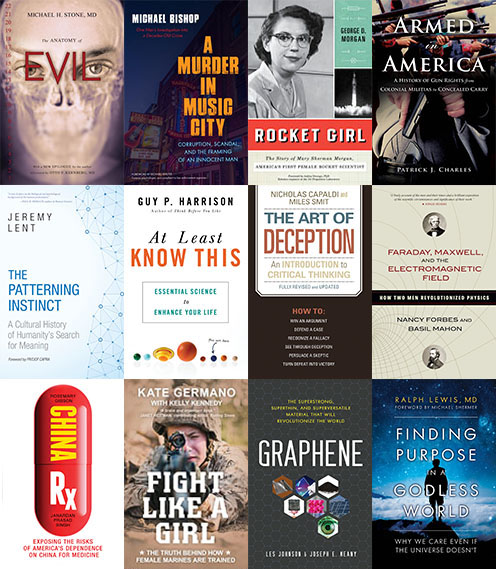 I just heard this huge publishing news today. As I get more info I will keep you posted! As you know I rep NBN so this will fall under my lists soon!

Lanham, MD—Prometheus books, founded in 1969 by Paul Kurtz, the late philosopher and the driving force behind the Secular Humanism movement, announced today the sale of its publishing assets to The Rowman & Littlefield Publishing Group, Inc. of Lanham, MD effective June 18, 2019.

Jonathan Kurtz, son of Paul Kurtz and longtime President of Prometheus Books, will continue to oversee the editorial acquisition efforts of Prometheus Books with the help of editor, Jake Bonar. The trade titles published under the Prometheus Books imprint will become part of Globe Pequot, the trade division of Rowman & Littlefield. The titles published under the Humanity Books imprint will be distributed by the academic and professional division of Rowman & Littlefield. The latter are titles that Prometheus acquired from New Jersey-based Humanities Press International.

“I am very proud of what Prometheus Books has accomplished over the last 50 years. It is a privilege to enter this partnership with a distinguished publisher like Rowman & Littlefield,” stated Prometheus President, Jonathan Kurtz.

Jed Lyons, CEO of Rowman & Littlefield, said, “ Jon Kurtz and his team built Prometheus Books into one of the most respected independent publishers in the nation. Its backlist of 1,700 academic and trade titles is a perfect fit for Rowman & Littlefield. We are delighted that Jon and Jake will carry on as part of our team.”