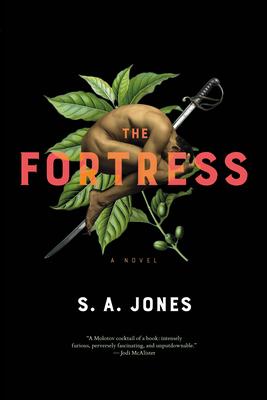 Recently I posted about a brand new, AMAZING speculative-fiction publisher, Erewhon Books. I would like to draw your attention specifically to an early spring title shipping in February: The Fortress. Early reads are fantastic. She was compared to Ursula LeGuin by the Sydney Morning Herald. Orders can go to UTP Distribution.

“The Fortress is dystopian response to toxic masculinity — a ‘reverse Handmaid’s Tale, if you will.’ It’s thoughtful, fast-paced, and more than a little sinister.”

Jonathon Bridge has a corner office in a top-tier law firm, tailored suits and an impeccable pedigree. He has a fascinating wife, Adalia, a child on the way, and a string of pretty young interns as lovers on the side. He’s a man who’s going places. His world is our world: the same chaos and sprawl, haves and have-nots, men and women, skyscrapers and billboards. But it also exists alongside a vast, self-sustaining city-state called The Fortress where the indigenous inhabitants–the Vaik, a society run and populated exclusively by women–live in isolation.

When Adalia discovers his indiscretions and the ugly sexual violence pervading his firm, she agrees to continue their fractured marriage only on the condition that Jonathan voluntarily offers himself to The Fortress as a supplicant and stay there for a year. Jonathon’s arrival at The Fortress begins with a recitation of the conditions of his stay: He is forbidden to ask questions, to raise his hand in anger, and to refuse sex.

Jonathon is utterly unprepared for what will happen to him over the course of the year–not only to his body, but to his mind and his heart. This absorbing, confronting and moving novel asks questions about consent, power, love and fulfilment. It asks what it takes for a man to change, and whether change is possible without a radical reversal of the conditions that seem normal.