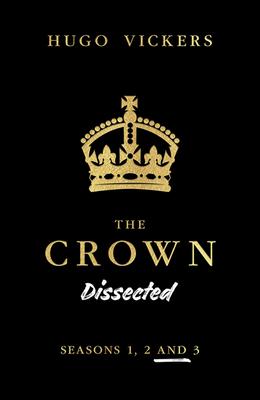 Here is info on a drop-in title for Firefly listed in their Spring 2020 catalogue but it is shipping fast! Please be sure to have your orders in, they can go direct to Firefly. With all the news on Prince Harry being here on Vancouver Island and now stepping back from his role  in the monarchy, there is more interest than ever in this.
The Crown Dissected: Season 1, 2, and 3
By Hugo Vickers
9780228102502
February 2020
Bookmanager Link here

Some great media coverage in the UK for the release of The Crown Dissected by Hugo Vickers there, coinciding with the release of season 3 of Netflix’s The Crown. The UK coverage has garnered the attention of the US and Canadian Media as well, using Hugo Vicker’s critique on fact versus fiction taken from the book:

New York Times Post
November 21, 2019
“The Crown season 3 fact-checked: What are the biggest errors and historical inaccuracies?”
Read it here

The Independent
November 29, 2019
“THE CROWN: How the Marriage of Princess Margaret and Antony Armstrong-Jones Broke Down”
Read it here

Daily Express
November 21, 2019
“The Crown season 3 fact-checked: What are the biggest errors and historical inaccuracies?”
Read it here

The Spectator
November 23, 2019
“The Queen, and indeed the British public, deserve better than The Crown’s lies”
Read it here

The Times UK
November 17, 2019
“How accurate is The Crown? We sort fact from fiction in the royal drama”
Read it here

The Sun
November 30, 2019
“REWRITING HISTORY All the things The Crown Series 3 got wrong from Princess Margaret’s overdose to the Queen’s ‘affair’ with Porchie”
Read it here

GQ Magazine UK
November 20, 2019
“A royal expert takes on The Crown season three: ‘It makes no attempt to be accurate’”
Read it here