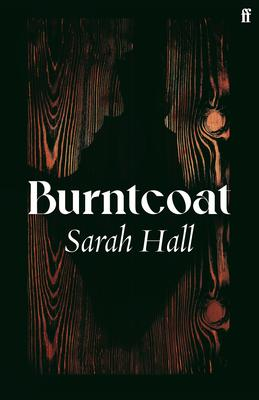 We are seeing lots of bookseller and writer early love for this one:

You can read a fantastic letter from editor at Faber Alex Bowler introducing the book here as a PDF.

Here is a sample:

Sarah Hall is, like Ali Smith and Rachel Cusk, a British author with a phenomenal library behind her. Like them, she too possesses the intelligence and vision to see the world differently and to make it different for us, her reader. And she is now inspiring a generation of emerging writers—in fact, the Guardian has described her as Britain’s most influential writer, which feels somewhat too anachronistic and stately a tag for an author still in their forties, creating work of such electricity and courage. But it is true: for writers from Max Porter to Daisy Johnson, Sarah is the touchstone. And the altering effect of her fiction has been well recognised: she is a Granta Best of Young British Writer; she has twice been nominated for the Booker Prize; she has—unprecedentedly—twice won the BBC Short Story Award, and that within the space of just 5 years. But I have a theory, and a bugbear: up to this point, she has been deemed a writer’s writer. As Ali and Rachel once were. Thankfully, I have a second theory, and a conviction: this ends now. Burntcoat is her moment.

This is a fantastic book! Our office folks who read it say it is unputdownable and will be an awesome bookclub read! If you’d like a copy let us know and we will wrangle an ARC for you or order you a sample.