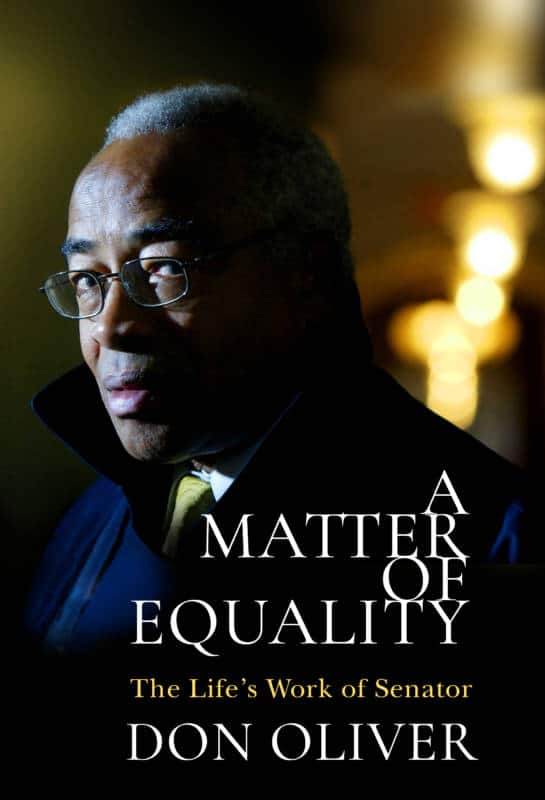 Don’t miss this is a drop-in title from Nimbus for the winter. It’s not listed in any catalogue:

The Honorable Donald H. Oliver, CM, ONS, QC, retired as a member of the Senate of Canada in 2013 after twenty-three years of service. Oliver rose to serve with distinction as Deputy Speaker in the Senate of Canada, as Chairman of six standing committees of Parliament; as Chairman or Deputy Chairman of seven inter-parliamentary associations; and as a ubiquitous spokesperson for diversity, pluralism, fairness and equality, for which he was awarded five Honorary Doctorate degrees from Canadian Universities.

This long-awaited autobiography details his life as a Black man working within the system to bring about change. This title is now available and the media is picking up.It is a great book for the politics/equity/Canadian sections, and a must have for Black History month in February.

CBC The Current’s producer and Matt Galloway are reading the book and may feature it on an upcoming show.

Don Oliver offers a rare, poignant glimpse into his unique approach to fighting systemic anti-Black racism and oppression of all marginalized groups. His thoughtful strategies, by becoming a part of powerful systems, gave him opportunities to cultivate relationships with those in power to help in the fight for systemic change. His ability to ask questions, to garner support and to speak truth to power in each space he occupied is a valuable model for activism.” Policy Magazine