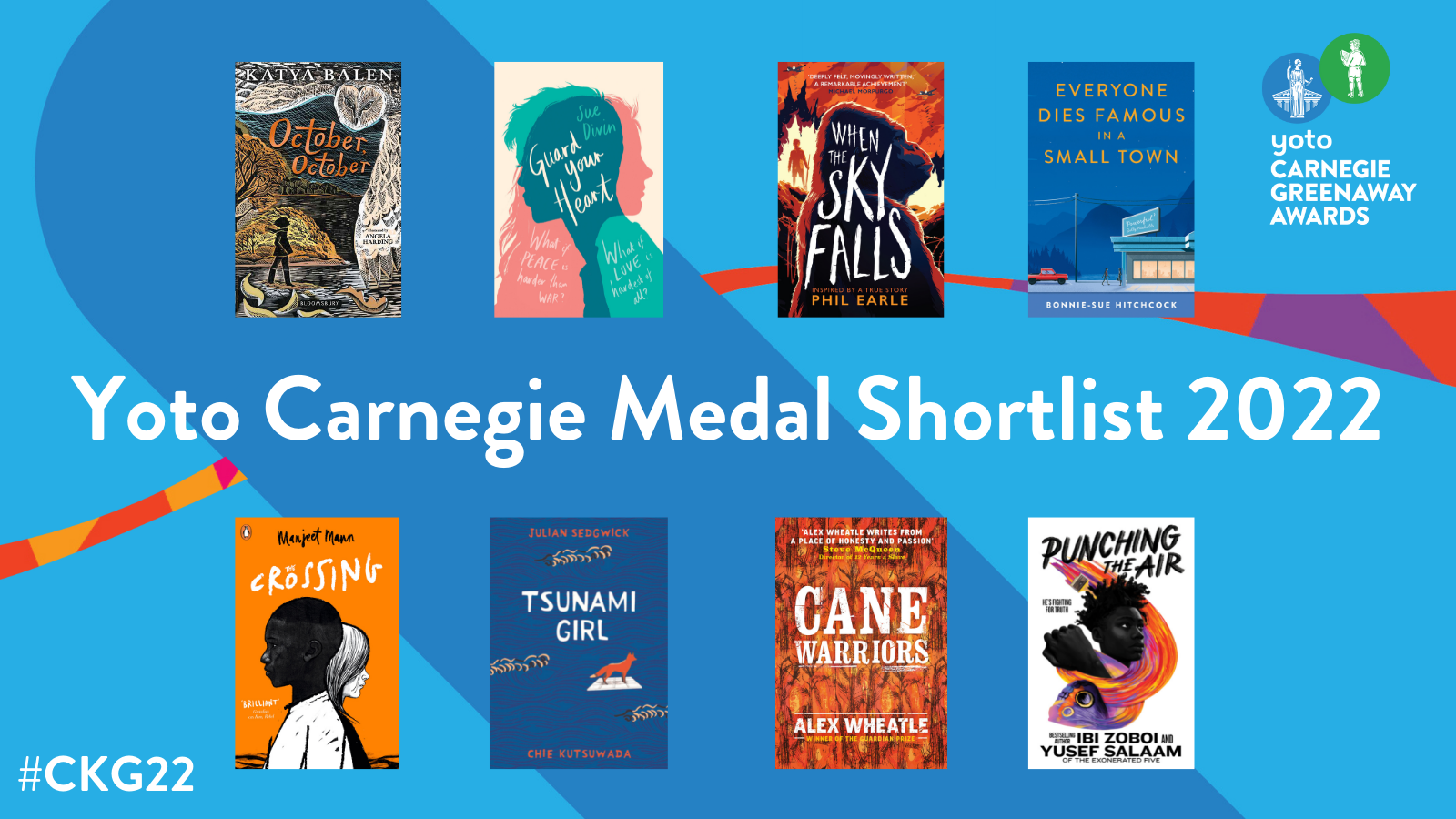 I’m pleased to share that PGC has three titles on the 2022 Yoto Carnegie Greenaway Awards Shortlist. (Formerly the CILIP Awards, now sponsored by Yoto, a screen-free audio platform for children.) The winners will be announced on June 16.

Too Much Stuff by Emily Gravett is a witty and playful picture book with a subtle environmental message about the dangers of over-consumption. Too Much Stuff follows on the wacky adventures of Pete the Badger from acclaimed picture book, Tidy. This marks Emily Gravett’s fifth Kate Greenaway-shortlist nomination! She previously won for Wolves and Little Mouse’s Big Book of Fears in 2005 and 2008 respectively, and was shortlisted for Orange Pear Apple Bear, Monkey and Me, and Wolf Won’t Bite! in 2007, 2008, and 2012.

On the 2022 Yoto Carnegie Medal Shortlist:

Guard Your Heart by Sue Divin takes place in 2016  in Derry/Londonderry, Northern Ireland. It’s a gripping love story between two teenagers, Aidan and Iona, born in 2018 on the day of the “Good Friday” peace agreement – one an Irish Catholic Republican and the other, Protestant and British – as they navigate their differences.