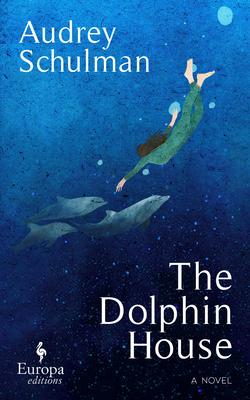 And finally I am reading an AMAZING book right now that just released: The Dolphin House.

It was just included in the Globe and Mail Spring Book preview. I think it is a great bookclub choice. Brand new from Europa, it is multilayered novel with so much to discuss: animal behavioural science, a feminist perspective on the anthrocentric, and male dominated attitudes towards women (and animals) in science. It is based on a real person who had a hearing disability. There was a documentary made about her too.

And of course it is about dolphins and their intelligence, which is adorable, amazing, staggering really.

“Schulman builds a lovely picture of the growth of mutual trust and enjoyment among the dolphins and Cora as she works to train the sea mammals to communicate linguistically with humans… Both woman and dolphins come to vivid life in this fascinating and beautifully realized novel.”

“Readers will enjoy this novel of the human need for connection, conversation, and community.”

There is so much to love about this book! Don’t miss it!