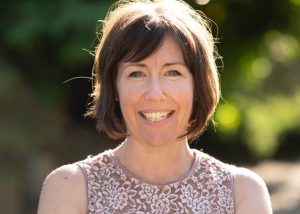 Heather Read (formerly Parsons) has invested two decades in the Canadian publishing industry. After earning an honours degree in psychology and sociology at York University, Heather held various marketing positions before she began her publishing career at Canadian Mass Media Inc. (CMMI). She was quickly promoted to book category manager and national account administrator, overseeing the promotions and co-op programs at national chains.

In 2001, Heather moved from Hogtown to Cowtown, where she worked as a field sales rep for Michael Reynolds for twelve years, representing an alarmingly large list of indie publishers. While in this role, she was shortlisted for CBA Rep of the Year, volunteered at Calgary Wordfest, the Calgary Women’s Centre, and VoicePrint Radio, and served on the board of the Alberta Book Reps Association for twelve years. Never one for sleep or Netflix, Heather also did her Interdisciplinary Masters Degree part-time while working, specializing in Global Community Studies. Her final project studied Tara Books, a children’s book publisher. This took her to Chennai, India, where her focus was on exploring the role of book publishers as social change agents, on which Aurora Journal wrote an article.

Her master’s thesis, “Publishing for Social Change: Tara Books, Democracy and Social Transformation,” examined the roles publishers can play as social businesses in improving social, environmental, and economic conditions in communities—something she remains a passionate advocate of today and is committed to running Read + Co as a social business, and annually donating a portion of every book sold to a local community organization through the Read + Seed fund.

2013 saw Heather moving to Victoria, to take on the role of sales manager, in house library and independent bookstore specialist, for Heritage Group Distribution and Greystone Books.

While at Heritage she again immersed herself in the local book community, volunteering on an insane amount of committees: Association of Book Publishers of British Columbia (ABPBC) and the Association of Canadian Publishers (ACP); getting involved in the ABPBC Read Local start-up, and taking part in coordinating annual BC Book Days as well as coordinating social events and BC Bookfairs as co-president of the BC Rep association. In 2018, she served on the City of Victoria Poet Laureate committee.

Her poems and songs have been published in two anthologies, one by the Sooke Arts Council and the other forthcoming, Resistance: Righteous Rage in the Age of #MeToo, edited by Sue Goyette. She started and regularly performs as a musician in two bands: Peach & Quiet and the Wayward Sirens, and has been featured around the world including CKUA, CBC, BBC Bristol and her album hit #1 on Folk Charts in Canada and was selected as a BBC Scotland feature album.